The Community We Serve 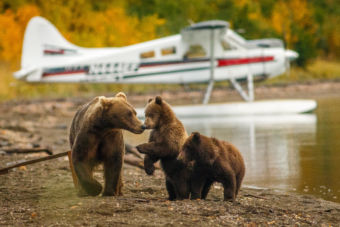 Our surrounding landscape is known for its abundant fish and wildlife, including salmon, bear, moose, caribou, walrus, and whales. The Bristol Bay region also hosts five national parks and wildlife refuges, and several designated wilderness areas. Undoubtedly though, the region is best known for being the home of the largest commercial wild sockeye salmon fishery in the world.

Our rivers and streams support world class sport fishing and our commercial salmon industry has been a dominant influence on the local culture and economy since the 1890’s. Naknek Electric Association Inc. began delivering industrial electricity service to the local seafood canneries in 1961. Since then our utility has grown to power the gateway to accessing the wilderness of the Alaska Peninsula and one of the largest sustainable fisheries in the world.